Delay in the submission of any document at the time of filing affects your patent application in many ways. One such delay is the effect of late IDS filing on patent term adjustment. The USPTO calculates the 20-year term of the patent grant from the date of filing the application. This 20 year time comprise the complete prosecution period. The period of prosecution associates with itself the delays which are at the end of the applicant and/or patent office. This called for patent term adjustment post-grant of the patent.

According to 35 U.S.C. § 154(b)(2)(C) “The Patent term adjustment will reduce by a period equal to the time during which the applicant failed to engage in reasonable efforts to conclude prosecution of the application.”

Taking on this, the effect of late IDS filing reduces the patent term adjustment.

In the patent lifecycle, there are ideal timings for each and every step to take place. Similarly, there is the right time for filing an Information Disclosure Statement for smooth prosecution and timely patent grant. The timings are:

If you file IDS after the above mentioned time period your patent application will no longer be considered.

The prosecution at the Patent Office is not an easy task. It has its hurdles and complexities. But this can adversely affect the duration of the patent grant. The USPTO is solely responsible for these types of delays and makes patent term adjustments accordingly. These delays include:

For these types of delays, only the USPTO is responsible and will increase the duration of the patent grant.

We can understand this through an equation:

If the court finds a delay in the prosecution because of the applicant will result in a reduction of the patent term adjustment. Moreover, the statute also accounts for the delay and will reduce the term of PTA if he/she fails to engage in reasonable efforts to conclude prosecution of the application. One such effect of late IDS filing illustrates this case study.

February 18, 2010: Gilead responded to the restriction requirements and selected one of the 4 groups of inventions.

Both the parties agreed that Gilead should get a PTA because of the delay on part of PTO. They issued 245 days of ‘A Delay” and 406 days of “B Delay”. This 651 days reduced by overlapping and applicant-induced delay.

35 days of overlapping delay and an additional 57 days of applicant-induced delay.

October 27, 2011: Gilead contested its filing of the supplemental IDS did not cause any actual delay. But the PTO rejected this argument because Gilead’s filed supplemental IDS after its response to the restriction requirement. And also it failed to engage in a reasonable effort to conclude prosecution stated in 37 C.F.R. 1.704(c)(8).

In this case, late supplemental IDS caused a delay in the process of prosecution. Hence, the effect of late IDs filing results in reduced patent term adjustment.

The effect of late IDS filing on Patent Term Adjustment is surely not in favor of you as an inventor/applicant.  We, at SmartIDS Solution, are here to help you out. Timely delivery of information disclosure statements and opportune patent grant for your invention is our top priority. We provide ready to file IDS forms in USPTO prescribed format. Our team remains up-to-date with the current regulations and always comply with the rules of the USPTO. To know how it works, do give a visit to Smart IDS Solutions.

“Their work is always high-quality and done quickly, even when I send them pretty rough sketches. Changes, if needed, are done promptly and with great attention to detail. I’ve only told a few close associates about them, because really, I like to think of them as a secret weapon.”
Steven O’Donnell
Patent Attorney

This looks great ! I can see me using it also referring others. I am glad I found them.
Anthony Taylor
Conrail 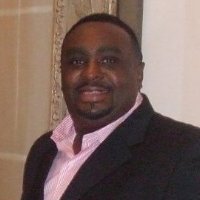 Draftsmen are highly experienced, trustworthy, and great at drafting patent figures. Every-time, they have delivered me very clear & accurate patent figures. I needed a quick but complex patent draftings requirement in a short time frame, and Team provided quick turn around and excellent drafting figures to me.
US Attorney
US Law Firm